Gabriella Esposito De Vita is architect, PhD in urban planning and researcher at the CNR since 2001.

She is member of the Scientific Steering Committee of CNR – IRISS since 2015.

Marie Curie Fellow at the Northeastern University of Boston and the San Diego State University (USA) she has been local coordinator within the framework of the research project CLUDs on place-based regeneration processes (2011-2014) and coordinated the CNR unit of the UE 7FP funded project BESECURE by developing case studies on relationships between urban regeneration and social security. In 2010 and 2011 she has been granted by the CNR as visiting scholar at the BERI University of Ulster (UK) and the CEDEM University of Liege (Belgium). She is co-coordinator (with Sabine Knierbein) of the AESOP International Thematic Group Public Spaces and Urban Cultures (2015-2019), member of the Board of Directors of the Aldo Della Rocca Foundation of Urban Studies, Rome and member of the scientific governing body of the SIU (Società Italiana Urbanisti).

Throughout her career, Gabriella has taught urban planning in several academic institutions and she has received the qualification of Associate Professor of Urban Planning from the Ministry of University and Research of Italy (2014). She is member of the Academic Board of the International Doctorate Programme URED on Urban Regeneration. 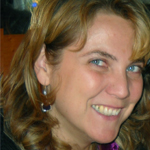